When choosing the best VPN to protect your privacy online, there are thousands of service providers to consider.

In this article, I’ll take the guesswork out of it and give you a clear picture of who the best choice for you is.

Why Do I Need a VPN?

You’re likely a lot more vulnerable online than you might realize.

Did you know that when using public networks — such as your favorite coffee shop’s WiFi — anyone on the network can see exactly what you’re doing on the web?

Even if the network is private, those with administrator access (such as the owners or your internet service provider) can still see everything you’re doing.

If you’re sending sensitive data over those networks (and you likely are), that can be pretty scary! Your identity and data are on the line, and that’s where virtual private networks (VPNs) come in to protect you.

What Do VPNs Do?

A VPN Connection establishes a secure “tunnel” between you and the Internet, but they do much more than just hide your IP address.

They route all your internet traffic through their networks anonymously while turning it into indecipherable “gibberish” that nobody could use — even if they could access it.

So whether you’re on your favorite coffee shop’s free WiFi or traveling abroad, you’re always safe with a good VPN. You may already have experience with VPNs from your company installing them on your work computer to keep their data safe.

VPNs also allow you to circumnavigate regional internet restrictions by connecting to the Internet from anywhere in the world. For example, you can access different countries’ versions of your favorite streaming services, giving you access to their library.

With all these benefits and more, VPNs have absolutely exploded in popularity over the past decade. It’s really just a question of picking the best option out of the ever-growing plethora of providers.

What Are the Best VPN Services?

As I said, there are a lot of VPN providers out there, and I’ve tried quite a few myself. Unfortunately, there are many that claim to be great but turn out to lack critical features.

But, on the other hand, some really do stand out from the crowd. We’re looking for:

From my extensive experience, I will share with you the best of the best in this guide. I’m going to be sharing the top VPN services that provide:

Judging VPN candidates by these principles, you’ll be able to easily pick the provider that’s best for you. I’ve already done most of the heavy lifting.

Without further ado, here is my list of the best VPNs this year:

It’s fast, it’s secure, it’s private, it’s cost-effective, and it’s the VPN I use in my business life: it’s NordVPN.

Starting in 2012, NordVPN has rapidly expanded its operation to well over 5,000 servers. Most are located in the West, but there are a plethora of options among over 62 countries. It’s worth mentioning that they’re constantly growing.

NordVPN itself is located in Panama, a strategic legal decision that allows them to avoid retaining any user data, a practice mandated in many other nations. Most VPN services don’t have this sort of privacy standard.

I’ve done the research for my own personal use, and I have yet to find a VPN provider meeting their standard of privacy. Over eight million users seem to agree.

In addition to standard VPN services, they also offer double encryption, P2P networks, obfuscated servers, TOR over VPN, and more. Those features are a big reason I have good ol’ Nord at my #1 spot.

ExpressVPN is another provider that I pass with flying colors. TechRadar and CNET happen to agree.

They started operations in 2009 and are based out of the British Virgin Islands. They run over 3,000 servers in 94 different countries that offer over 30,000 different IP addresses for your use.

In my experience, I’ve found their speeds to be quite impressive. If speed is one of your primary concerns, then you definitely shouldn’t be ruling out. Like other VPNs, they also offer a kill switch that guarantees your connection won’t be exposed in the event of a VPN failure.

It’s a little more expensive than NordVPN and lacks some of its features too. However, they make up for it with their extensive third-party applications (for devices such as Apple TV) and split-tunneling.

Split tunneling is extremely useful. Some services I used don’t play nice with VPN connections, so it’s handy to be able to whitelist certain services for vanilla connections while keeping my VPN on for everything else.

Something important that should also be mentioned: a server seizure by one government proved its no-logs policy to be true. This reason, along with their TrustedServer technology, is a huge reason why I have it at the #2 spot out of all the VPNs out there.

It’s an amazing service with great customer support and a huge number of server locations.

VPN Service for Unlimited Devices With Tons of Features

In the sea of VPN providers, there is a shark in the water: Surfshark. It’s a friendly shark, though; worry. Very friendly, in fact: I put it in my top three for a reason.

Another native of the British Virgin Islands, Surfshark began operations pretty recently in 2018. However, don’t let its greenhorn status fool you — it’s no slacker.

They may not have the largest network in the game, but they more than make up for it with their extensive features. With over 3,000 servers in 65 countries, you can expect some of the fastest (if not the fastest) VPN speeds in the world.

Another thing I need to touch upon: they have some cool special modes:

Given that they started in 2018, I have to say their rapid rise has been quite impressive. Inspirational, even.

This section will answer some of the most common questions I see about VPNs. Hopefully, after reading these, you’ll be confident in what you’re buying.

How Does VPN Tunneling Work?

The VPN tunnel is first created when your client (computer tablet, phone, et cetera) authenticates with your VPN server.

Then, your data splits into packets which the VPN wraps in an outer packet. That process is called encapsulation.

That encapsulation keeps your data secure. When your data finally reaches its destination at the VPN server, it is then unencrypted.

Look, I get it: there’s nothing better than free. If you can keep your data secure on a free VPN, then why shouldn’t you go for that?

Simply put, free VPNs are generally of pretty low quality. Free VPN providers aren’t going to put any real work into securing their network. Plus, they’re going to look to be making money somehow. That will mostly come in the form of selling your data.

Whatever you’re going to pay for your VPN will be worth it — especially with the options I listed above.

Virtual private networks are legal in most countries. However, they are indeed banned in others.

Before using a VPN, I recommend you review your country’s laws. I have to advise you against any illegal activity.

Are VPNs Safe to Use?

If you choose trustworthy service providers, then absolutely. Do your research — as I have here — and you will be fine. Just know that the VPN industry isn’t a charity, and many VPN companies do shady things for money.

Are There Any Alternatives to VPNs?

There is software that offers similar services to VPNs, but nothing can replace them.

The closest alternative is TOR — The Onion Router. That works fine, but a great many websites will block your access.

If you’re here reading this, I’m sure it’s not lost on you that your safety online is as critical as wearing a seatbelt or looking both ways to cross the street these days.

Nothing will keep you secure like a virtual private network when it comes to safety online. The VPNs I’ve selected in this list will accomplish that task better than any other.

There are dozens and dozens, but I’ve picked the ones that really take home the gold.

I hope you’ve been sufficiently impressed by the features offered by the VPNs in this list. But, let me tell you, using and reviewing all of them was grueling work at times.

You can thank me later. Safe browsing! 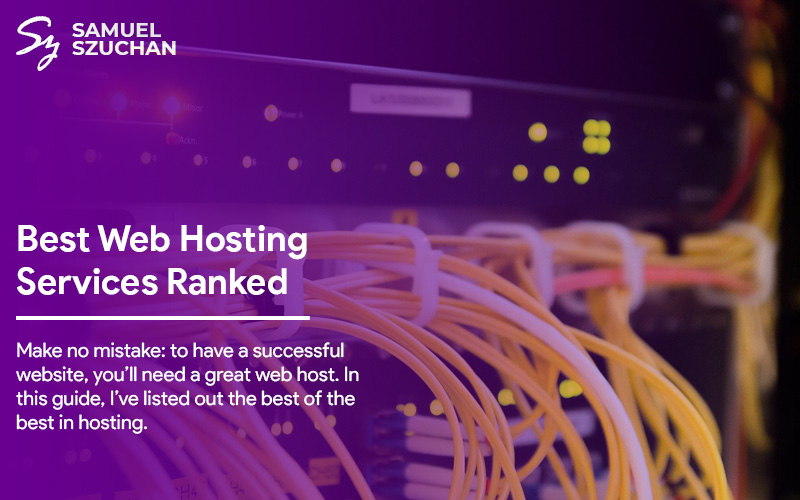